I’d been thinking of making a trip to Skomer for quite some time. Along with many other photographers, I was attracted by the opportunity to take some shots of sea-birds (particularly puffins, of course). In early May I was spending a few days about 15 minutes away from Martin’s Haven (where you catch the boat to Skomer) and finally managed to find time to go to the island. It’s a very quick trip on the boat, about 15 minutes or so. In order to protect the wildlife, relatively few visitors are allowed on to the island each day and you have to turn up and take pot luck on getting a seat on one of the small number of sailings – check the link for more details. Your return trip is linked to your outbound trip so plan on spending five hours there. If you’re really keen, you can arrange to stay overnight.

According to the Skomer website the puffins start to arrive around the middle of April and I was pleased to find that there were plenty of these quirky little birds around. If you want to get a typical shot of a puffin with its bill full of sandeels, however, you’ll have to wait until June and July when the birds are rearing their chicks. The puffins (and other wildlife) are found in specific areas on the island and the rangers are very good at pointing out key areas to watch for particular species.

I was using a 100-400mm lens on my camera, which I had used previously (see Animals and Birds) and been very happy with the results so was somewhat disappointed to find that many of the pictures were a little soft. Shutter speeds were relatively high so I think this was down to the quite strong winds on the island and me not using a tripod (even though I’d carried one with me). I don’t take hundreds of pictures – I shoot as I did when I used film most of the time. so I’ve just posted a few here. 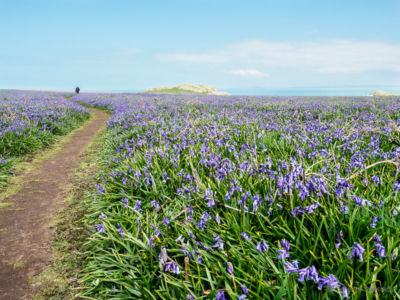 Taken walking around the island. Lots of bluebells and campion in bloom 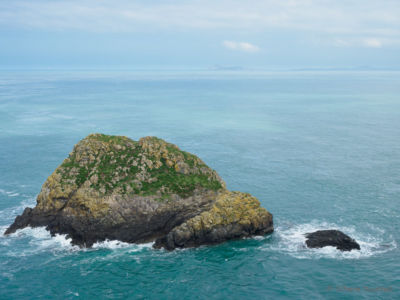 This rocky mini-island is to the north of Skomer 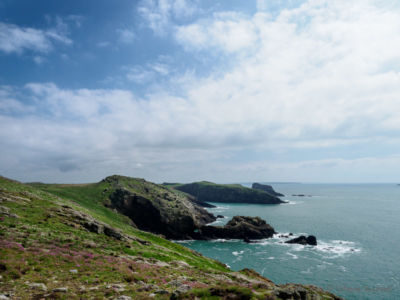 From the south-west corner of the island 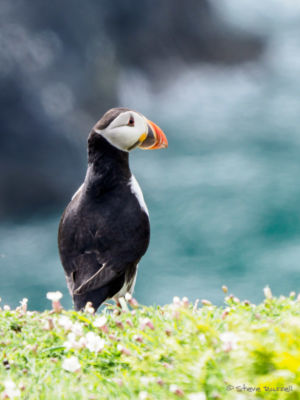 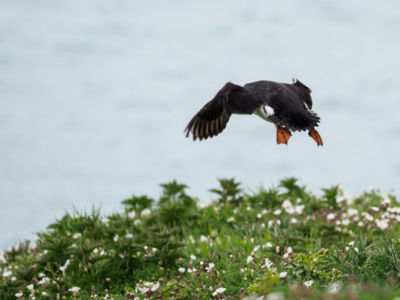 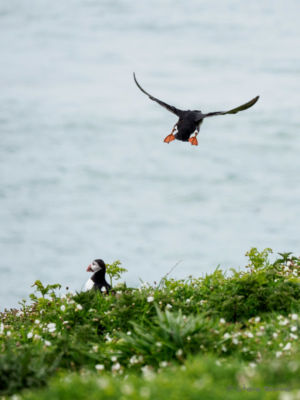 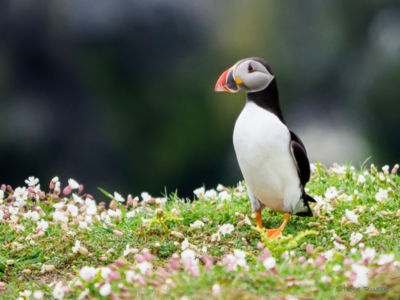 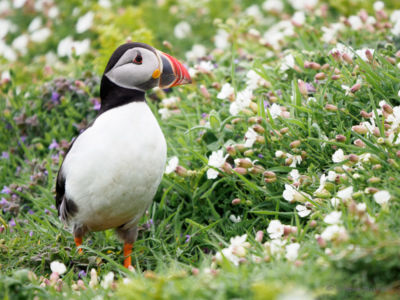